George Wallace makes clear the meaning of the Confederate flag

George Wallace makes the meaning of the Confederate flag clear.

Civil War author Shelby Foote and others like to argue before the public that the Confederate flag isn't a flag of racism, but that fring groups abused it during the Modern Civil Rights Era and gave it a bad reputation. This is just an argument made up from nothing to fool the public.

During the Modern Civil Rights Era people who were not fringe, who were in the mainstream of Southern life understood that the Confederate flag symbolized their own values in opposition to civil rights.

George Wallace and his wife Lurleen were both elected governor of Alabama by a majority of voters. They understood that the Confederate battle flag symbolized their opposition to civil rights and used it on their record cover shown as follows. 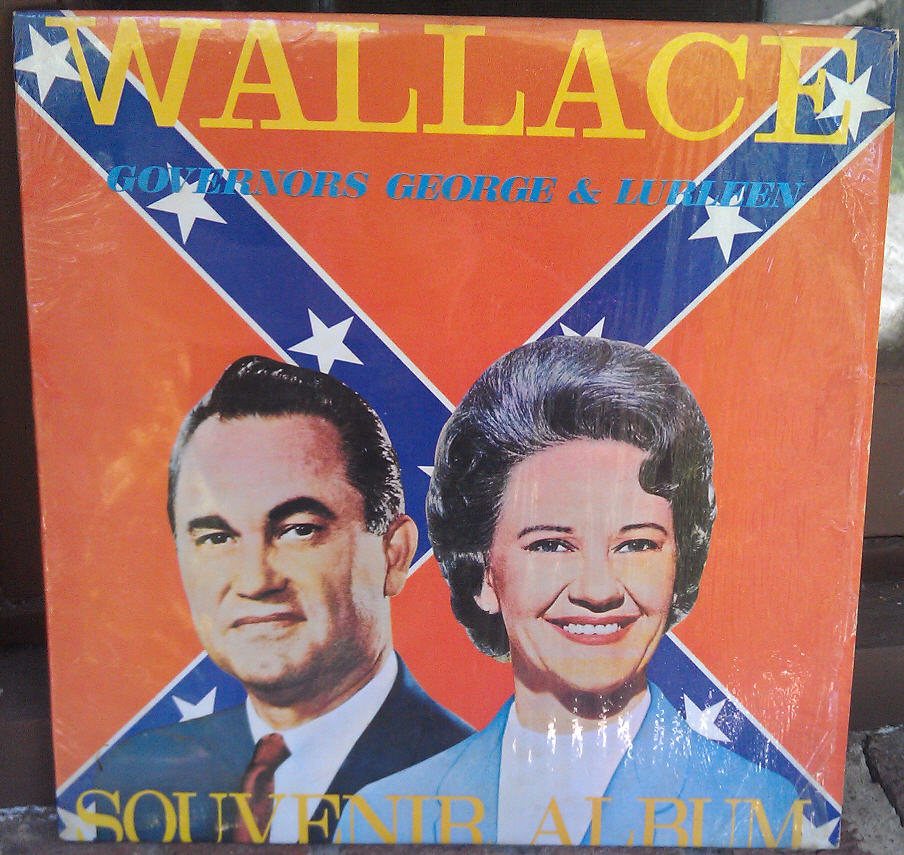 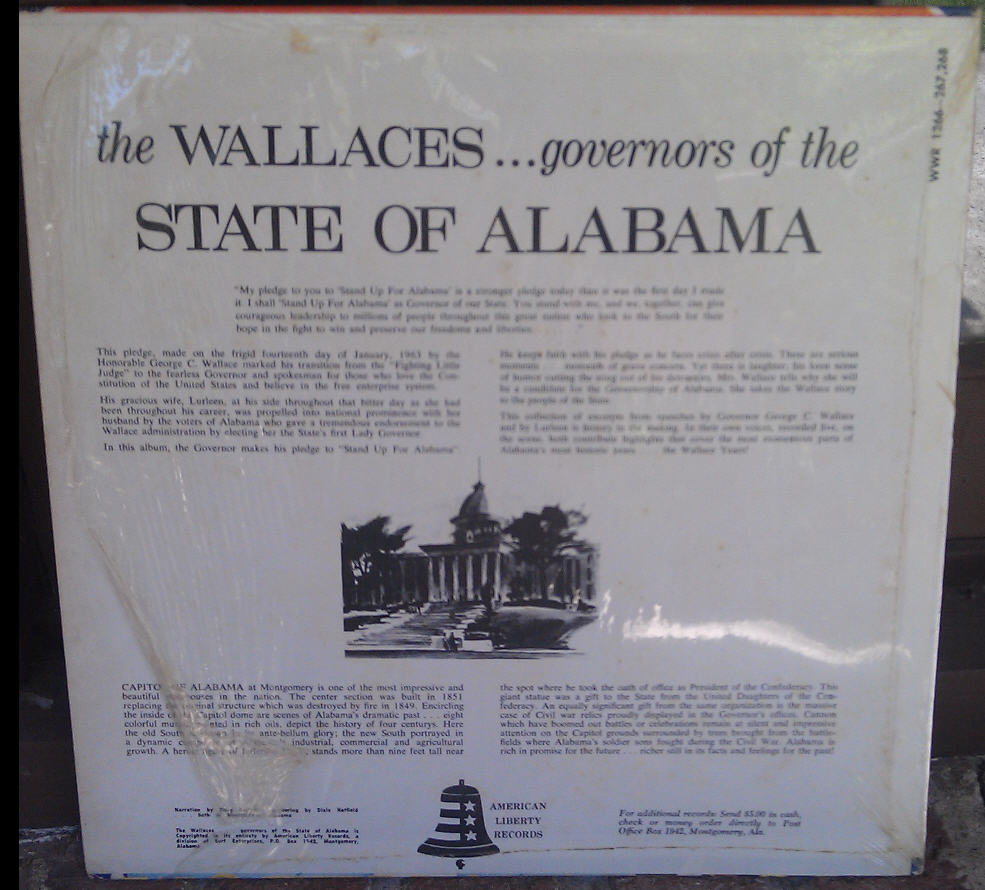 The record is a collection of excerpts from the speeches of George C. Wallace as governor and "Mrs. Wallace tells why she will be a candidate for the Governorship of Alabama."

The lead text is from his infamous inauguarl speech of January 14, 1963 in which he pledges "segregation forever."

A good biography about George C. Wallace is "The Politics of Rage: George Wallace, The Origins of the New Conservatism, and the Transformation of American Politics," by Dan T. Carter, Louisiana State Univ. Press.  Carter details many the many occasions where George Wallace utitilizes the Confederate battle flag and other Confederate symbols and meanings to support his politics of white supremacy.